A hood latch and actuator are part of the hood latch assembly. They work together to hold the hood shut or let it be opened. Most cars have a hood lever below the dashboard between the steering column and the driver-side door. That lever attaches to a latch cable which attaches to the actuator and a latch. Pulling the lever releases one latch, letting the hood open a couple inches. Manually releasing the second latch lets the hood be opened the rest of the way.

Front-end collisions can damage hood latches and actuators and prevent access to the engine. 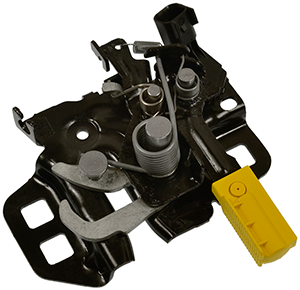